Question 2.
Fill in the blanks:

Question 5.
Answer the following in one word / sentence:

Question 2.
What do you mean by overdraft facility?
Answer:
Clients who have current account with the bank are granted” the facility of withdrawing more money than actually lying in their accounts. It is called overdraft. This facility is available to reliable person for a short term.

Question 3.
What is commercial bank?
Answer:
Commercial banks are those banks who are established under the Indian Company Act, and they perform all the functions of banks.

Question 4.
Write the meaning of money.
Answer:
According to Prof. J.M. Keynes, Money is that by the delivery of which debt contracts and price contracts are discharged and in the shape of which a store of general purchasing power is held.

Question 8.
What do you mean by Bank?
Answer:
Nowadays, the word ‘Bank’ is very common and popular so, general public is acquainted with it. Generally, bank means that institution which deals with transactions of money.

According to Prof. Wicksell:
“Bank is the heart and central point of modem currency system”.

2. For example, ‘A’ possesses a chair and ‘B’ possesses a table. Now if ‘A’ wants to exchange his change for a table then he has to search a person, who needs chair in exchange of table. Thus, becomes a complex process for him to find such man.

Question 11.
‘Money is the medium of exchange,’ Explain.
Answer:
Medium of exchange:
This is the most important function of money. It acts as a medium of exchange. All the exchanges of goods and services are taken place in terms of money. (MPBoardSolutions.com) By paying predetermined price, money can be exchanged with the desired goods and services. A money has the general acceptability, therefore, all the exchanges in an economy take place in terms of money. It is because of this reason that money has been defined as generally acceptable purchasing power.

Question 13.
Write the importance of the money as the store of exchange value.
Answer:
Money acts also as a store of value because:

Question 16.
If in an economy, all the customers of the bank deposit their money in the banks and if all of them withdraw their money from the bank then what will be its effect on the economy?
Answer:
If in any economy, bank customers deposit their money in the banks then there will be shortage of money for production and investment activity. As a result, the process of development will come to a stand still. In the same way, if all the customers withdraw their money from the banks, the banking would collapse and economy will face a problem. If in any bank financial crisis arises then central bank is the only bank to settle this problem and all banking systems will collapse.

Question 17,
Write the meaning of Commercial banks?
Answer:
A commercial bank is a financial institution which accepts deposits from the public and gives loans for purposes of consumptions and investment.

Companies Act, 1949:
A banking company is one which transacts the business of banking which means the accepting for the purpose of lending or investment of deposits of money from the public repayable on demand or otherwise and withdrawal by cheque or otherwise.

2. Non – scheduled banks:
Non – Scheduled banks are those, banks whose names do not appear in the second schedule of RBI. In other words, those banks which do not fulfill the requisite conditions as explained above are called non-scheduled banks.

Question 19.
What is paper money?
Answer:
Paper money is a country’s official paper currency that is circulated for transaction related purposes of goods and services. The printing of paper money is typically regulated by a country’s Central bank / treasury in order to keep the flow of funds in line with monetary policy.

Question 20.
What do you mean by money supply?
Answer:
Supply of money is a stock concept. It refers to total stock of money (of all types) held by the people of a country at a point of time.

Question 22.
What do you mean by C.R.R.?
Answer:
Commercial banks are required under law to keep a certain percentage of their total deposit in the Central bank in the form of cash reserves. This is called Cash Reserve Ratio (C.R.R.).

Question 23.
What do you mean by credit money?
Answer:
It refers to that money of which money value is more than commodity value.

Question 25.
What do you mean by high powered money?
Answer:
It consist of currency (Notes and Coins in circulation with public and valt cash of commercial banks) and deposits held by the government of India and commercial banks with R.B.I.

Question 1.
“Money is a good servant but a bad master”. Explain.
Answer:
Money is becoming essential part of life, it is controlling our activities in such a way that we are completely under it. It should be means but is has become end of life. Till money acts as servant it is useful for human being but as money goes out of control it becomes harmful for the entire economy. This situation arises when supply of money exceeds its demand. Money becomes master instead of servant. It has become the only means of satisfying our wants. We cannot think of our life without money that is why, it is said that “money is good servant but a bad master.”

Question 2.
Define Central bank.
Answer:
Central bank of any country is the highest financial institution of that country. All other banks of the country work under its guidance. According to bank of international settlements. “The central bank in any country is that which has been entrusted the duty of regulating the volume of currency and credit in the country”.

1. Use of savings for production purposes:
Banks collects small and big savings of the country and use them for various purposes. Banks provide timely financial assistance to traders and industries. Banks help in the distribution of surplus capital in regions where it is not wanted to those regions where it can be used. Large scale transactions would be quite impossible without banks.

2. Inefficiency:
Most of the commercial banking systems are unable to provide efficient and quick services to their customers. Moreover in India the distribution of commercial banks are in imbalance way.

Question 8.
What is liquidity trap?
Answer:
Liquidity Trap:
Everyone in the economy holds his wealth in money balance and if additional money is injected within the economy, it will be used to satiate people’s craving for money balances without increasing the demand for bond and without further lowering the rate of interest below the flow min. Such a situation is called liquidity trap.

3. Lacks of standard deferred payments:
Thirdly, the barter system lacks any satisfactory unit to engage in contracts involving future payments. In a barter economy future payments would have to be stated in specific goods of services which may involve disagreement over the quality of goods or even on the commodity used for repayment.

4. Lack of storing wealth:
Fourthly, the barter system does not provide for any method of storing purchasing power.

1. Issue of currency notes:
The Reserve Bank of India has been given the monopoly of issuing currency notes. At present, it is authorised to issue currency notes in the denomination of Rs. 5,10,20,50,100,500 and 2,000. One rupee note and coins are issued by government of India. The notes issued by R.B.I. are legal currency.

3. Banker agent and advisor to government:
The reserve bank of India acts as banker, agent and advisor to the central and state governments. As a banker to government R.B.I. performs many functions. It manages the public debt, makes all payments, receives all the revenues in government account managing foreign exchange, etc. R.B.I. has appointed experts of all fields of specialization who gives proper advice to central and state governments in various matters from time-to-time.

4. Banker’s bank:
R.B.I. is banker to banks in India. It accepts deposits of commercial banks and lends of them from time – to – time. It extends short term loans and advances against eligible securities and promissory notes. It makes purchases and sales of foreign currencies also. The commercial and other banks have to deposit with R.B.I. a certain percentage of their total liabilities to enjoy various facilities from it.

1. Bank rate:
The rate at which Reserve Bank of India gives loan to other banks on the basis of securities is called bank rate. R.B.I. increases or decrease the bank rate for reducing or expanding the credit from time-to-time.

2. Activities of open market:
R.B.I. buys and sells the government securities in the open market for expanding and reducing the volume of credit. This is called open market operation. By this activities R.B.I. increases or decreases the amount of money.

3. Changing the ratio of bank’s reserves:
R.B. I. controls the credit by increasing the percentage of cash reserves which is kept by scheduled commercial banks compulsorily with R.B.I.

Question 4.
Suggest some measures to remove the defects of commercial bank.
Answer:
Following steps should be taken to improve the conditions of Indian commercial banks:

2. Lending and Investment:
The second primary function of a bank is to lend money to borrowers bank keeps a part of the total deposits with itself as cash reserves and lends the balance. Bank charges interest on such lending of money, which is also the main source of profit to most of the banks. Money lending may be in the form of overdrafts, cash credits or loans.

In order to provide several kinds of facilities to their customers commercial banks perform many functions. They are as follows:

1. Issuing of credit instruments:
All commercial banks issue various instruments of credit such as bill of exchange, hundi, draft and cheque etc.

2. Arrangement of foreign exchange:
For foreign trade banks convert the currency of one country into the currency of another country. This work is done by exchange Banks.

3. Keeping valuables safely:
Banks provide the facility of lockers for the customers to keep their valuable things gold, diamonds, Jewellary etc. are kept in these lockers.

4. Discounting of bills of exchange and hundies:
Banks discount the bill and hundies of their customers before the date of maturity of such instruments.

2. Measure of value:
The second basic function of money is that it measures the value of goods and services. In other words, the prices of all goods and services are expressed in terms of money. In ancient times it was not possible

of measure the value of clothes and wheat. With the introduction of money this difficulty of measurement disappeared and it became very convinient to measure the value of money. Money acts as a unit of account for all goods, wages salaries, interests etc. The national income, capital formation and other are measured in terms of money.

3. Store of exchange value:
Money can be stored very easily. Money is a liquid form of capital. It require less place to store. There is very less fluctuation in the value of money in comparison to goods. That is why mentry to save a part of their income for future. Money provides a base for store value.

Store of value means store of wealth.People can now keep their wealth in the form of money. Under barter system, storing of wealth was possible only in terms of commodities which had its defects like perishable nature of some goods, cost of storage etc. But storing of value in the form of money has solved all these difficulties. It was Keynes who first realised the store value function of money. He regarded money as link between the present and the future. Money allows us to store purchasing power which can be used at any time in future to purchase goods and services.

Through money, value can be easily and quickly transferred from one place to another because money is acceptable everywhere. For example a person can transfer money from Katakana to Delhi through bank draft, bill of exchange etc. Money thus, facilitates movement of wealth and capital. Under barter system it was difficult to transfer value in the from commodities. 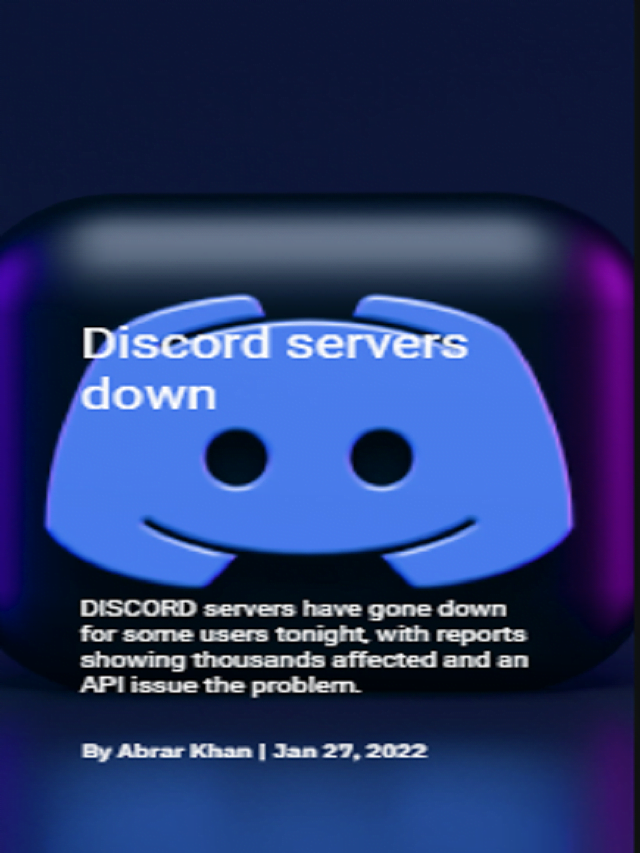 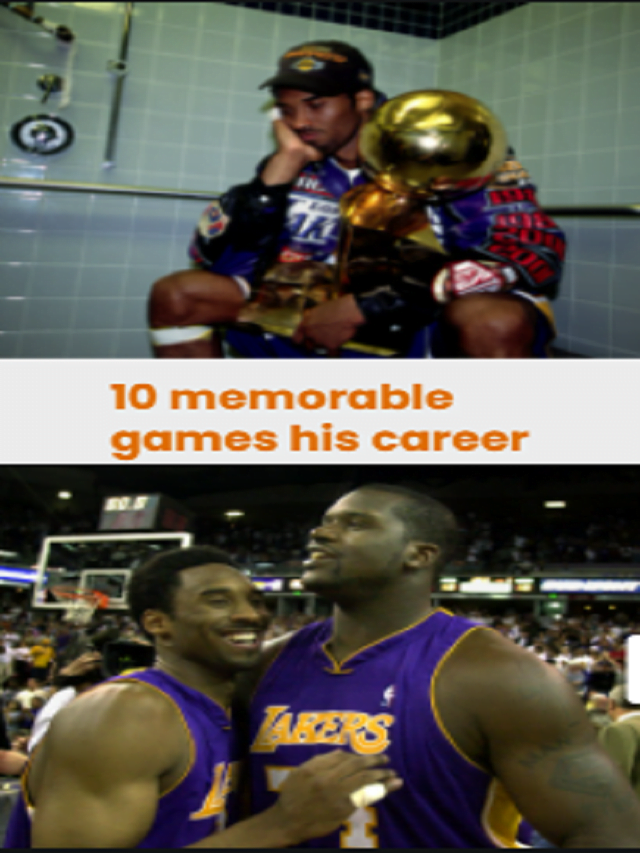